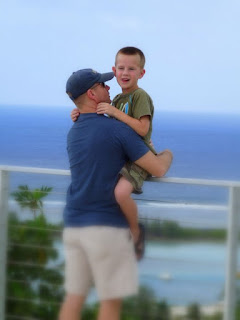 A sad night ... after making the first cuts and practicing for months - literally, our youngest found out he did not make the JV soccer team this year at high school.
I leaned over to kiss your head,
and it was like yesterday.
You were a toddler again
running to snuggle with me
when you were sad.
Now you’re this man child,
Too big to sit on my lap.
And my arms are not the place
you want to run to.
I wanted you to make the team
so
badly
It hurts.
And I feel the weight of your disappointment.
Because You are so
Hard-working.
Coachable.
But this stumbling block in the road,
it.


does.
not.
define.
you.
Take it
and learn
and grow.

Like you did the one time you didn’t get a new belt after testing in karate; Sensei said you needed more time and confidence. Like Michael Jordan, who was "too short" at 5'11" to play for his school's JV basketball team as a sophomore. Like countless others who had a goal and a passion and it took a long route to get there.
Catch the wind.

You are not meant to stay grounded from this experience.
And I know you won’t.
Even though it looks bad now
and you might wonder why would you desire to get back up again.
But in the force of opposition,
the lack of years playing,
Take off!

Airplanes take off INTO the wind.
Rise above.
“Like an eagle, whose home is the sky.”
You are meant to soar.
Even if it means you need a tow plane,
to get you up,
So you can glide.
You’re not meant to stay grounded.
There’s a million paths to get to where you’re going.
The only similarities are perseverance and hard work.
And you are already defined by both of those.
You went out to warm up
Before your indoor game this afternoon.
And I knew...
You had caught the wind.

I was praying for you and kept hearing that phrase about not staying grounded and soaring. I saw a picture in my mind of you in a glider and your dad in the tow plane, leading you higher and higher so he could let you soar.